Replacing the family minivan is something most consumers don’t want to have to do often.

Taxiing your cargo around town should be safe, reliable, and long-lasting if you choose a vehicle.

If you’re considering purchasing a Dodge Grand Caravan, it’s a good idea to know how long you can expect your vehicle to last.

You and your family will know the lifespan of your purchase after we researched this popular minivan from several professional sources.

The Dodge Grand Caravan has an average lifespan of 300,000 miles. To achieve this amount of road mileage, you have to perform factory maintenance regularly.

Depending on driving style and how well the vehicle is maintained, they can last between 13 to 17 years before breaking down or requiring expensive repairs.

How Many Miles Can a Dodge Grand Caravan Give?

The Dodge Grand Caravan has earned a reputation as one of the most durable minivans on the market because of its healthy lifespan.

The owner that we encountered had put 260,000 miles on their Grand Caravan with only minor mechanical repairs along the way.

A lifespan of 200k to 250k miles is a conservative expectation, however, anecdotal reports from owners claim that they have racked over 400,000 miles.

Factors that play an important role in deciding the life span of a vehicle:

When Will Your Dodge Grand Caravan Start Rusting?

When you should expect rust on your Dodge Grand Caravan, there is no set time frame.

In general, these vehicles aren’t any more prone to rust than their competitors and the biggest factors that will affect corrosion are location and how well they are looked after.

There are reports of disgruntled Grand Caravan owners across online forums although many of these complaints can be attributed to the fact that they have been using their minivan in a region where roads are heavily treated with salt during the winter.

If you’re buying a used Caravan, you should always inspect the rocker panels to make sure they don’t rust.

It is recommended to wash your vehicle once a week in areas with excessive salt, and once a week in coastal regions where salty air can have a similar effect.

Although paint fading is more common, owners living in hotter states such as Arizona have reported no issues with rusting.

If you can’t fix it yourself, contact your local dealer or body shop and have them check it out. Rust can spread quickly if not taken care of.

The Dodge Grand Caravan has a very good reliability rating of 4 out of 5, which is above the average score of 3.5 in the minivan category.

It does well in ratings such as repair cost, repair Frequency, and the probability that repairs will be severe.

One of the things that help to extend the life of the Dodge Grand Caravan is that it is very affordable to conduct all necessary maintenance each year.

In terms of the likelihood of a repair on the Dodge Grand Caravan being severe, it’s a win for the competitors.

Does the Grand Caravan Last As Long As Its Competitors?

It seems more than likely that the Dodge Grand Caravan can last longer than many of its competitors, according to its reliability ratings.

Honda, Toyota, Nissan, Ford, and VW have better reliability ratings than the Dodge Grand Caravan, so if it is well-maintained, it can be a longer-lasting van than many of its competitors.

2005, 2008, and 2011 Dodge Grand Caravan models are among the model years that have been declared problematic, with the 2011 model particularly criticized.

There were many common issues with these model years, including wearing brakes, problematic key fobs, A/C, heater having issues, the powertrain control module, misfiring engine cylinders, and more.

What Is the Highest Mileage in a Grand Caravan?

Many Dodge Grand Caravans have surpassed the 200,000-mile mark, as we can see publicly shared on many platforms.

The Best Year To Buy A Used One

If you look at current mileage, depreciation, and reliability, the optimum model year to favor a used purchase would be 2018, The SE, SE Plus, and SXT trims are available for the new model year.

You are more likely to receive a low-mileage model. The average mileage for a 3-year-old model is between 40,000 and 80,000 miles, with a greater chance of hitting the low end or even lower if you opt for a newer model.

The model in question is 3 years old and has been through the most serious parts of the depreciation. After 3 years, it will retain 61 percent of its original value.

The Grand Caravan depreciates about 10 percent between 6 and 10 years. It will go down 60 percent in the first six years.

Asen is the owner and main contributor of Camper Life. He is a full-time RV traveler since 2018. He loves camping in nature, fishing, and spending time with his family.

Striving to provide the most valuable information about campers and RVs, he shares everything he learned over the years.

That’s why Camper Life is one of the best sources to find information about RV traveling and living.

The absolute most important question is which sort of van you should purchase. If a person wakes up it is not nice not having the ability to get up, sit down, or out of the van until everybody is up. Buying a camper van can be a really expensive event. Airstream camper vans are hot… 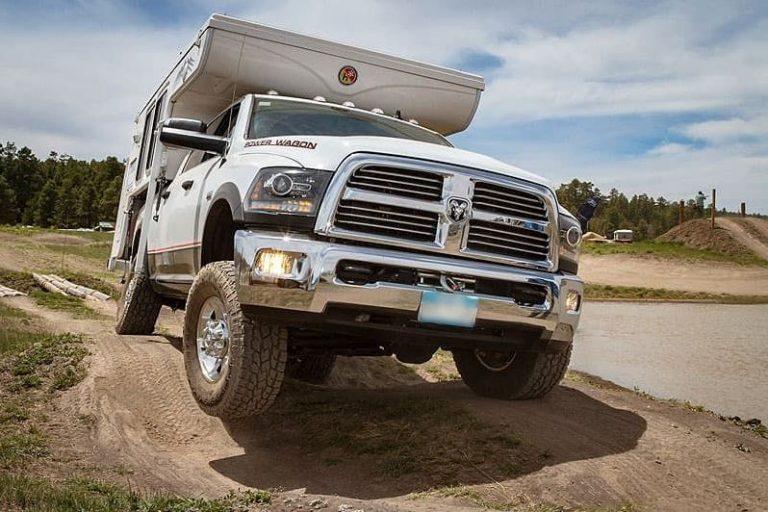 The lightweight pop-top truck camper is the hottest trend in car camping and overland. It has a rooftop tent and a truck shell. These truck campers are ready for anything! The pop-top truck camper has a large locked storage area, a comfortable bed, and a standing room. All of your big adventure sports toys, like… 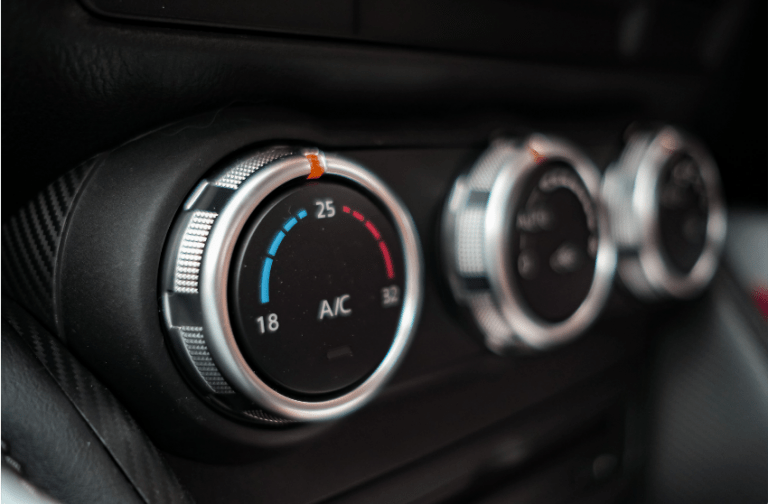 Motorhomes and travel trailer manufacturers have introduced improvements to the motorhomes over the years. One of them is the invention of AC for RVs. When on vacation with your family in summer, the last thing you’d want will be when the AC unit stops working midway. You’ll feel as if luck was against you from… 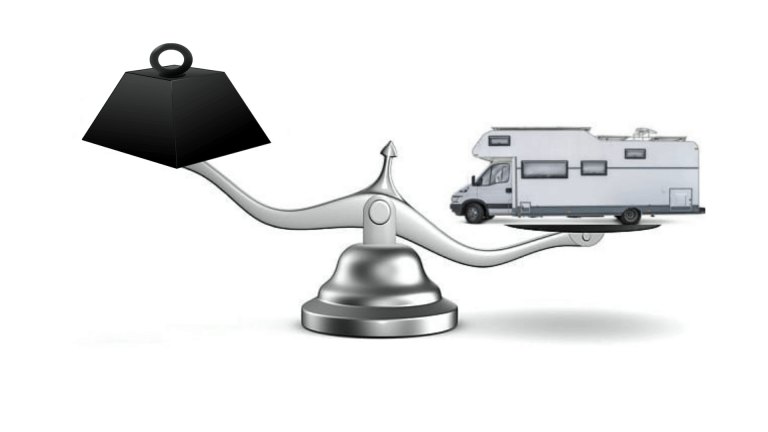 Weighing a camper is critical, especially if you are looking to buy one. This guide will help you take some steps to find a mobile camper’s weight and make other relevant decisions accordingly, especially about its overall cost. Table of Contents How Much Does It Weigh?Dry WeightGross Vehicle WeightMax Camper LoadExamples of Average Camper WeightConstruction… 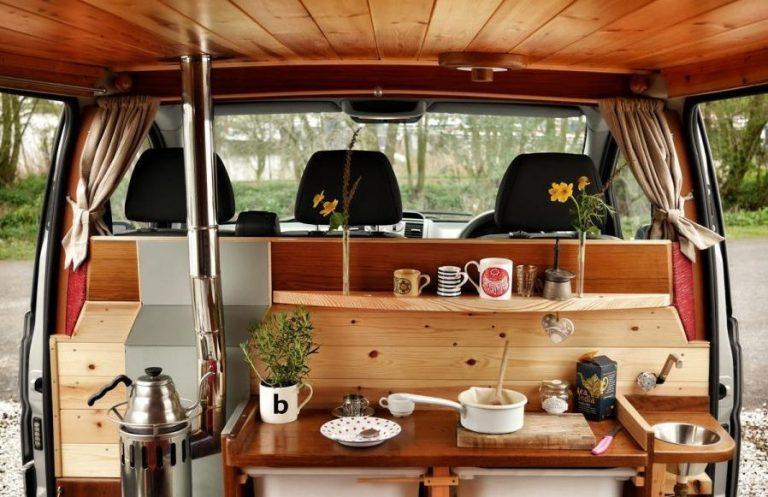 Everyone’s adventurous soul is awakened by the feeling of freedom that comes from traveling in a campervan. There are many options to take on Europe’s campervan routes. It’s a great place to explore different countries, cultures, and sights within a single trip and have a once-in-a-lifetime road trip experience. To give you inspiration for your… 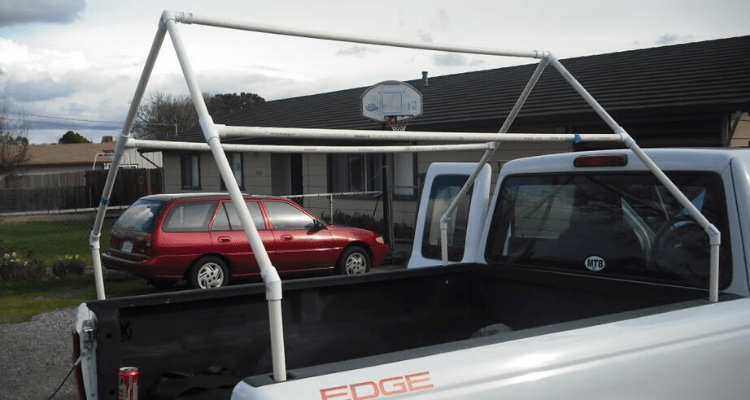 Imagine you are getting ready to go camping with your girlfriend. It will be you and her under the million stars sky in some isolated place away from all the noise and stress. Everything seems great. It seems perfect until it starts to rain. Although rain can give the view a little extra amount of…